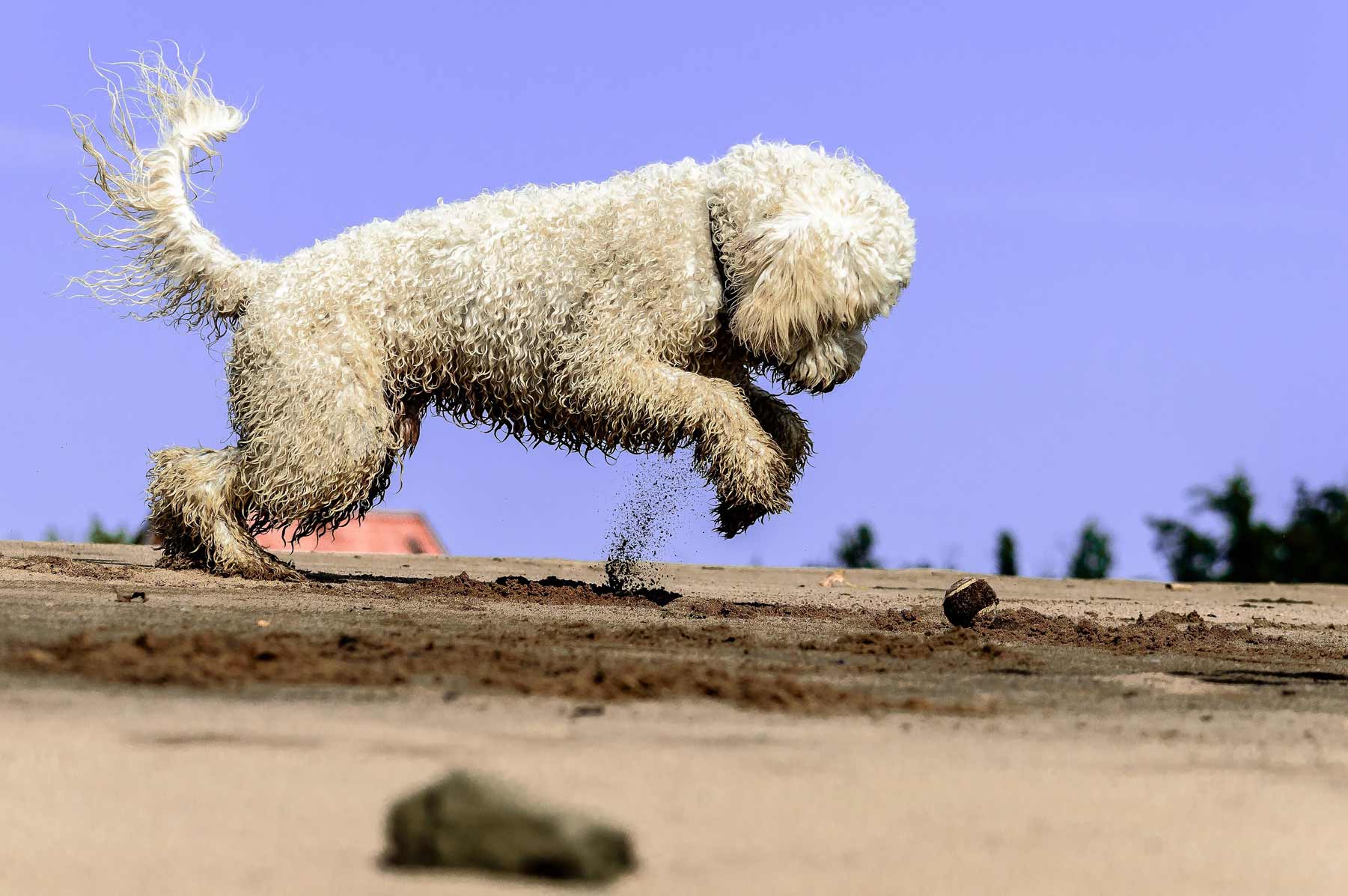 Just as there are generations of people, there are generations of Goldendoodles. A first generation Goldendoodle, identified with the letter and number F1, is the product of a Golden Retriever and a Poodle. 50% Retriever and 50% Poodle, F1 Goldendoodles are often described as exhibiting hybrid vigour. Hybrid vigour, or heterosis, refers to the improved or increased function of any biological quality in a hybrid offspring. F1 Goldendoodles have the traits that we commonly associate with Goldendoodles. Super friendly companion dogs with coats that are usually wavy or curly. They shed a little and most are suitable for families with mild allergies.

If you take an F1B Goldendoodle and cross it once more with a Poodle, you produce an F1BB. Its curly, non-shedding coat works well with families struggling with moderate to severe allergies.

F2 Goldendoodles can have a wider variety of coat types and colour due to recessive genes that you won’t get, or are rare, on F1 Goldendoodles.

What is a the best generation of Goldendoodle?

There is no one right answer to this question. The best Goldendoodle generation would invariably be the one that has the most desirable traits you look for in a pet. Needless to say it depends on who you’re asking.

If you’re looking for a Goldendoodle that’s best for someone with allergies—and this is a common concern – multigens with a greater Poodle than Golden Retriever percentage are a great choice. That’s because Poodles have hair instead of coats. Coats fall out at a certain length

which explains why most breeds shed. Hair, on the other hand, continues to grow and doesn’t fall out when it reaches a certain length. You can, of course, expect some hair to come off when brushing and combing your beloved Goldendoodle.

Please note that a dog’s coat is not the exclusive domain of allergies. There is no Goldendoodle generation that will be suitable to a person who has allergies to dog saliva, for example.