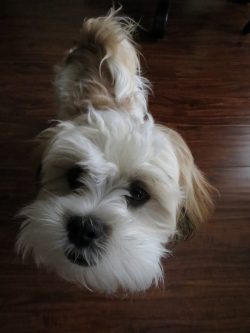 Thanks to hybrid vigor, first generation Zuchons are generally healthier than their parents. However, prospective buyers should be aware that all pedigree lines carry certain inherited disorders that can be passed on even to their hybrid offsprings.

Although it’s impossible to eliminate every health condition or disease, it’s a good practice to check the health clearances of both the parents of the puppy you’re looking to buy. A good breeder should offer health clearances – proof that a dog has been tested for and cleared of a certain health condition – from an independent agency such as the Orthopedic Foundation for Animals or the Canine Eye Registration Foundation.

Below are some of the diseases and conditions documented in the Zuchon. Keep in mind that not all Zuchons will get any or all of these diseases.