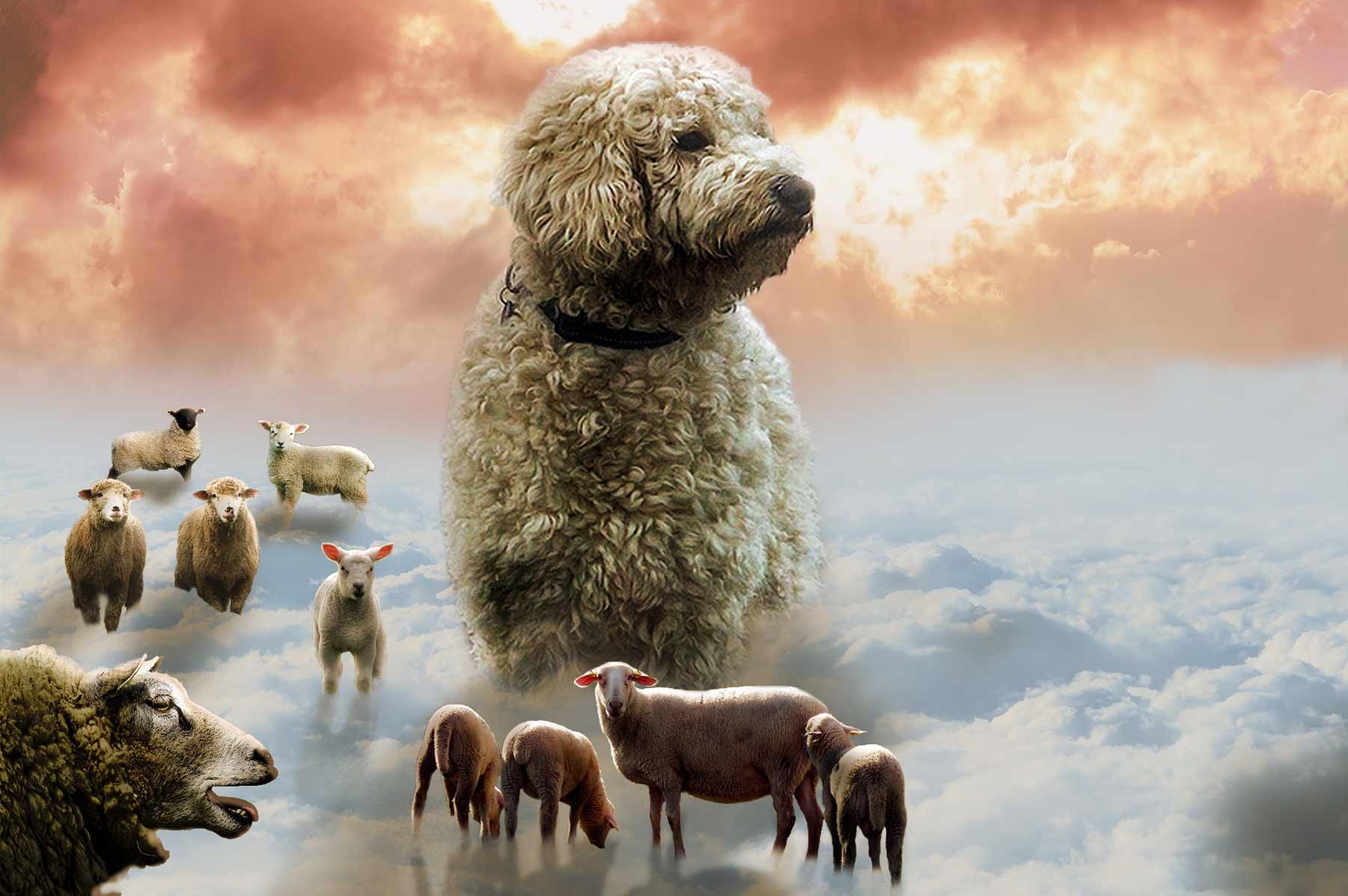 What is a teddy bear doodle?

In order to answer that question, we have to understand two things, namely, what a teddy bear dog is, and what a doodle is. Teddy bear dogs are any of the several different hybrids between breeds such as the Shih Tzu, Bichon Frise, Pomeranian, Cocker Spaniel, Poodle, Dachshund, and Yorkshire Terrier. However, the term “teddy bear” is more commonly applied to the cross between a Shih Tzu and a Bichon Frise, because of its supposed resemblance to the stuffed teddy bear. Doodles, on the other hand, started out as a cross between a Labrador or a Golden Retriever and a Standard Poodle. With breeders now crossing just about every kind of breed with Poodles, one doodle can look vastly different from another:

So a teddy bear doodle is a poodle hybrid that resembles its stuffed namesake. Though they are without a doubt adorable pets, the idea isn’t purely aesthetic. By crossing the Lab or the Golden Retriever with the Standard Poodle, you get a hybrid that’s not only friendly and smart but also easy on people with allergies (on account of the poodle’s low-shedding coat and low dander).

A Miniature Goldendoodle, also called a Mini Groodle or a Mini Goldendoodle, is a cross between a Golden Retriever and a Miniature Poodle. The Miniature Goldendoodle is ideal if you’re looking for a super friendly, smart dog that doesn’t shed a lot and won’t take up too much space. Although it doesn’t make a good watchdog, its low prey drive means that this loyal and gentle dog will get along with your other pets (in other words, you can sleep safe in the knowledge that your prized pocket pet will be there in the morning).

Don’t get fooled by the name. There’s nothing standard about the standard Goldendoodle (except the name). A Goldendoodle is a cross between a Golden Retriever and a Standard Poodle. The idea behind the pairing is to create an intelligent and obedient guide dog that’s easy on people who struggle with allergies. With their people-oriented disposition and low-shedding coat, they’re excellent additions to any almost any family. If trained and socialized from puppyhood, Standard Goldendoodles are great with children, adults, and even strangers and other pets.

More than just a tongue twister, the Double Doodle has an interesting story behind its name. You see, unlike typical hybrid dogs where both parents are purebreds, the Double Doodle is a cross between two crossbreeds, the Goldendoodle and the Labradoodle. So what’s the idea? For that, we’ll have to go back to why hybrids are created in the first place. The idea behind creating a hybrid is to combine certain desired traits from two purebreds. Crossing two crossbreeds further homes in on these traits. If you’re looking for a low-shedding doodle, for example, the likelihood of a later generation doodle having this trait is greater than a first generation doodle.