Should I Choose a Male or a Female Puppy? 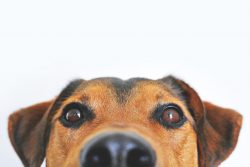 When getting a new pet, most of the questions we have revolve around what breed, which breeder or what color to choose. Seldom is the question of gender on top of the list of most people looking to get a new pet. Out of sight, out of mind, I get it. It’s not an obvious characteristic like fur color or breed.

Except for male puppies often being slightly larger than their sisters, there’s little difference between the two at eight weeks old. However, they don’t stay puppies for long.

They grow up fast, and the next thing you know you have a fully grown adult dog in your home. It is the difference between adult male and female dogs that you need to consider.

Unsurprisingly, sex hormones play a large part on the difference between adult male and female dogs, so we’ll first look at unneutered dogs. Male dogs that have not been neutered usually have larger, chunkier heads than their female counterparts. This difference is greater in some breeds than others. This could be a factor for you if you prefer this distinctive male look.

Twice a year for three to four weeks, female dogs go into heat or estrus. At this stage, they become receptive to mating with males, are easily distracted. and may appear nervous. They also have a bloody vaginal discharge, which means you may want to keep them away from carpets and furniture.

Whether this is a big deal or not is a personal matter. If you have no plans to breed your female dog then consider having her spayed. Keep in mind that spaying is expensive and not covered by pet insurance.

Male dogs more frequently do better in sports, which gives an impression that they are easier to train. However, you have to take into account that female dogs may lose valuable training and competition time because of pregnancy or nursing a litter.

So the predominance of male dogs in sports may have more to do with their ability to be free from obligations than how easy they are to train.

The differences aren’t as great as some people think. The main takeaway here is that nothing will ever be more important to a dog’s success in life than the care and training that their human caretakers provide.